The Kingdom of Norway

What we love about Norway

Welcome to Norway, a land of mesmerizing beauty. This is the country of contrast and awe. Behold the fjords and the mountains, the miracle of the Northern Lights, the unbelievable Midnight Sun, breathtaking scenery wherever you go, and progressive urban regions and rural communities that will leave you starstruck thinking you should have gone a long time ago already!

Located in the South-East close to the Swedish border, the capital city of Oslo feels like stepping into the future with its abundance of electric cars and modern urban architecture. North of Oslo you’ll find forests and highlands that are a paradise for hiking and cross-country skiing. South of the city, both East and West of the Oslo Fjord, lays a wonderous archipelago world with thousands of islets, skerries and tiny beaches along with numerous cozy summer holiday towns that are just waiting to be explored.

As you travel from Kristiansand to Stavanger and further north, you enter Western Norway, which is home to many of the world-famous natural marvels that this country is known for. On this stretch you will find the Pulpit Rock, the Kjerag Bolt, the Trolltunga Rock, the Geiranger Fjord, the Sognefjord, the Hardanger Plateau, the Flåm Railway, the Jostedal Glacier and gorgeous cities like Stavanger, Bergen and Ålesund. The latter is known as the Venice of the North because it stretches straight into the ocean with channels and bridges that leave you thinking you are somewhere completely different. This city was built entirely in the German Jugend style of the early 1900s, by Kaiser Wilhelm II King of Prussia.

As you travel to Trondheim you reach the Viking capital of Norway and get a chance to glimpse a thousand years back in time, into ancient history long gone. This vibrant and worldly city houses the gigantic Nidaros Dom, which is nothing less than a prehistoric gothic cathedral that we promise will leave you breathless and baffled. Dating back to the year 1070 and built by King Olav Kyrre of Norway, this cathedral is believed by many to be the role model of its younger sister the Notre Dame in Paris, which was built a 100 years later. If you feel a little more contemporary while in Trondheim, don’t miss out on the nightlife. You’re in for a treat!

North of Trondheim lays the Helgeland Coast, which is the transition corridor to Northern Norway. But beware, this might just be the most beautiful transition corridor you have ever seen. Don’t hasten through it and do stop as often as you can. This is where Norwegians go to unwind and with its white sandy beaches, mountain tops and islets, we would argue that this is a hidden gem and probably the most overlooked destination in the country when it comes to international travelers.

Further north is the region of Bodø and the Lofoten and Vesterålen islands. As you cross the Arctic Circle, you step into the Land of the Midnight Sun and the Northern Lights. The Lofoten is stunningly beautiful and picturesque, and by far one of Norway’s most popular destinations. But don’t miss out on the Vesterålen islands just north of the Lofoten, which offer the same breathtaking beauty and just as many adventures but with fewer tourists and more space. When in Lofoten, be sure to rent a car and drive all the way to the town of Å, named after the last letter in the Norwegian alphabet. From here, look into the southwestern horizon and you might see the island of Røst, where the Italian nobleman Pietro Querini is said to have stranded in a storm in 1432. Look around you, and notice how the further north you go in Norway, the more frequently people have dark hair, brown eyes, and use their body language extensively for communicating.

North of Lofoten is Tromsø, the winter capital of the North. Once a fishing community, this city has grown into a world hub for winter adventures and boasts more than 100 different tour operators who offer you a chance to go and see the Northern Lights. Luckily, we know which ones are good and which ones you should avoid. You will find all the adventures on booknordics.com. Book husky safaris, reindeer sled tours, sami adventures, snowshoeing tours and more. Depending on the season you can see whales – humpback, sperm and orca, wild reindeer, prehistoric musk oxen, ponderous elk (moose) or beguiling Arctic foxes. And don’t forget to explore Tromsø for its pulsating nightlife and peculiar northern modernity.

Heading further north, you eventually reach another favorite destination of ours, namely Alta and the North Cape. This is the northernmost tip of Europe and you would maybe think your journey ended here. It doesn’t. But once here, be sure to visit the Sorrisniva Igloo hotel and explore this untamed and wild region by venturing off into the wilderness on a guided snowmobile tour, far away from the hustle and bustle by anyone’s account.

If you're in the mood for something even more exotic, however, then why not head East and visit the outpost town of Kirkenes which lies directly on the Russian border? It’s so close, even the street names are written in Russian and a major attraction here is to fish for gimongous king crabs that were put in the ocean by Soviets in the 1960s. They afterwards crawled over to Norway. Good to know, Kirkenes offers the mesmerizing Snowhotel experience and this is the last stop of the Hurtigruten cruise line, which can take you all the way down to Bergen.

Now, if you think this is where Norway ends, you are in for a surprise. Even further north, 758 kms further north to be exact, and a two-hour flight from Tromsø, is the Arctic paradise of Spitsbergen - or the Svalbard Islands as Norwegians say. This is a spellbinding and desolate world of 2000 glaciers, a midnight sun that barely moves in the sky during summer, an abandoned Russian outpost town, the tight-knit community of Longyearbyen, and twice as many polar bears as there are people. Thanks to the Gulf Stream, temperatures are surprisingly mild. When in Spitsbergen, stay in the lovely Svalbard Hotel or the newly built The Vault Hotel, named after the global Seed Vault which is located on the Spitsbergen island in case of war, natural disaster or other global crises that require safe storage in a remote and desolate place least likely to be influenced by anything that goes on in the world. When you are here, you are far, far away from the electric cars, architectural modernity, and hot summer archipelago of Oslo. 2030 kms away, to be exact.

Norway is a country of contrast, beauty and adventure. Welcome to Norway.

And if you're the numbers type, then chew on this. Did you know that Norway has over 17.000 Fjords, 13.000 Mountains and 1.600 Glaciers? Luckily, we have the adventures and tours that take you to experience the best. 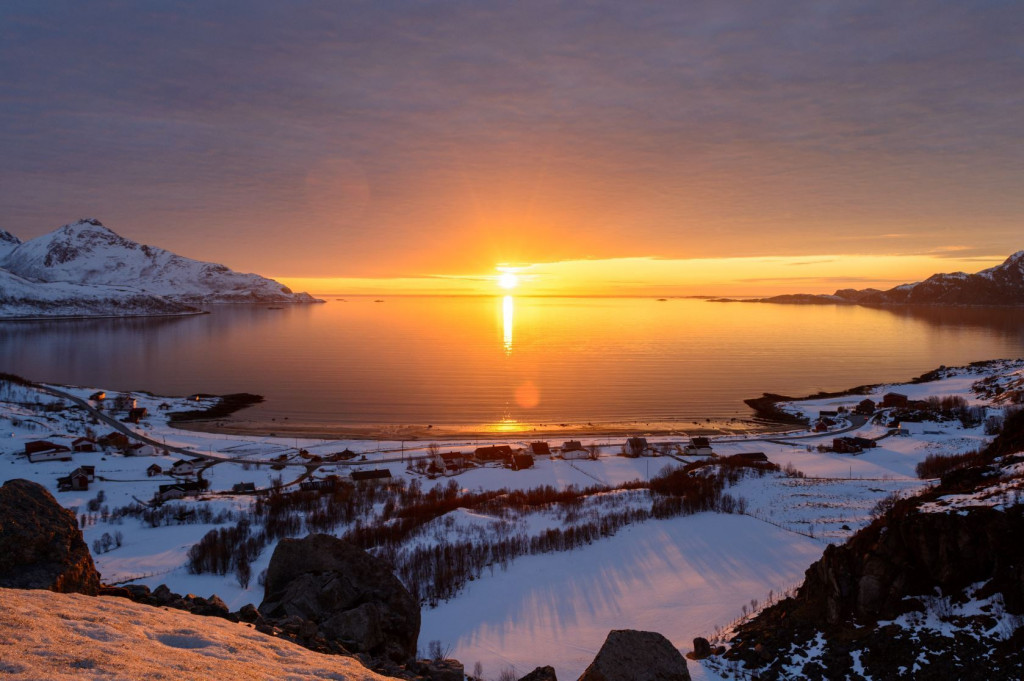 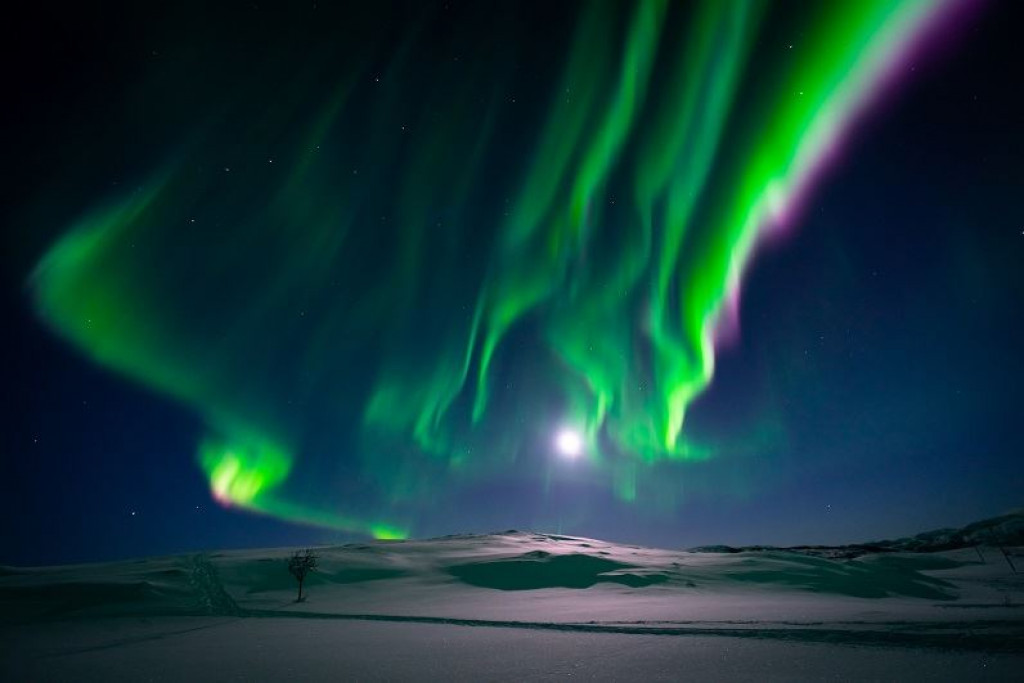 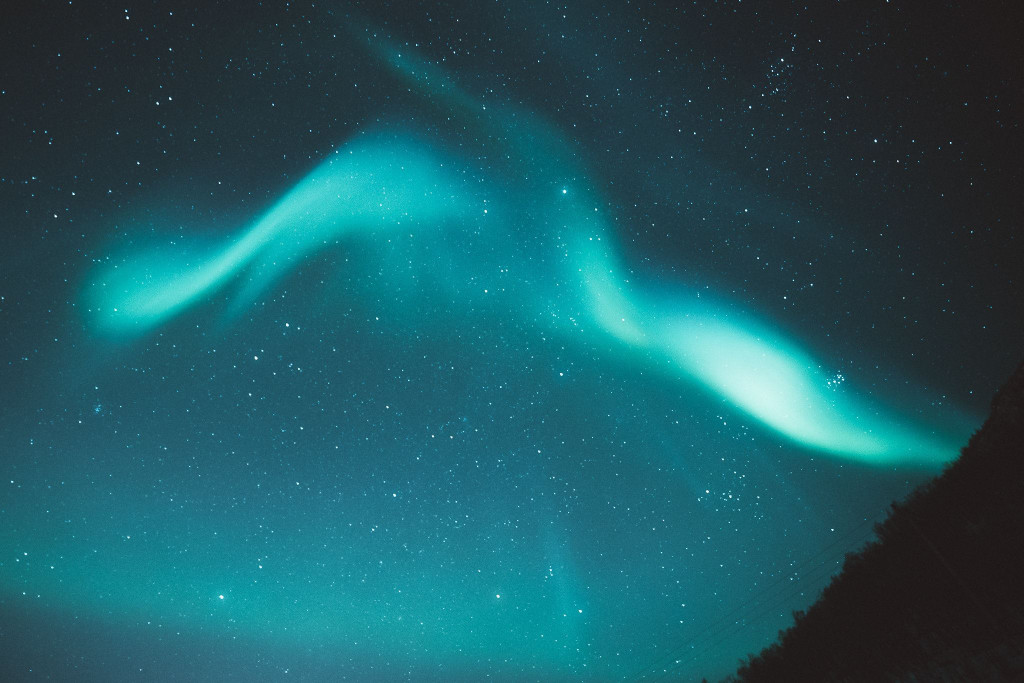 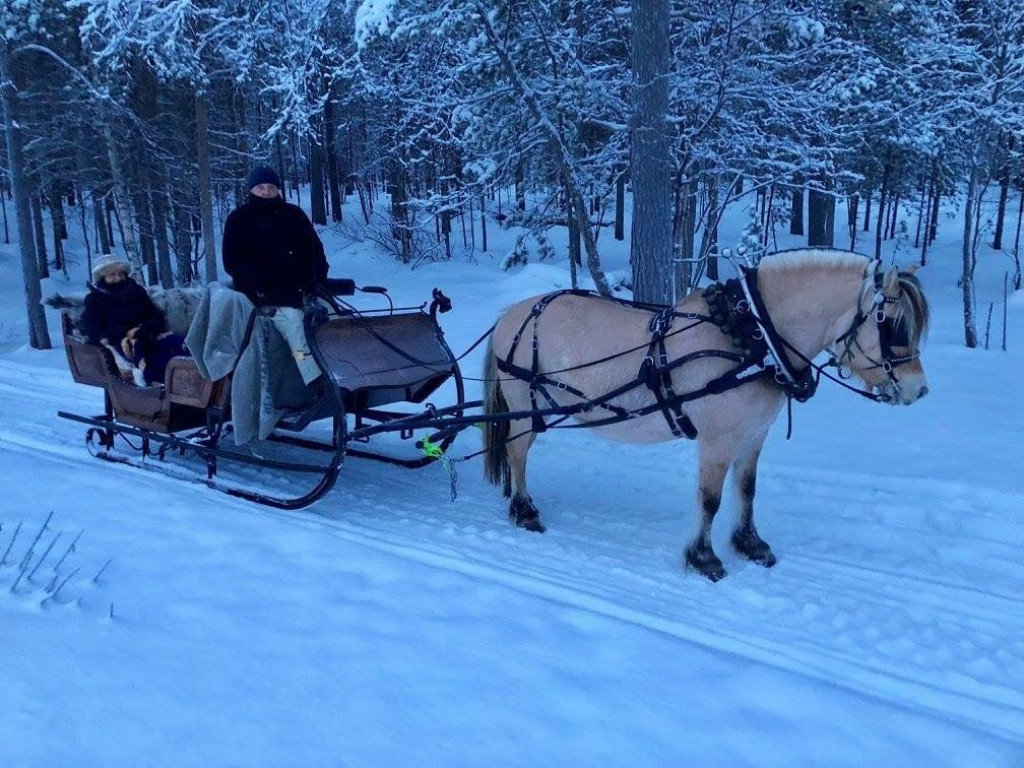 Alta, Norway
Sleigh Ride Under the Northern Lights
From € 221